The Multicorrelator is a great tool for making sure your surround mix will also work when down-mixed to stereo. This article explains what it does and how to read it. 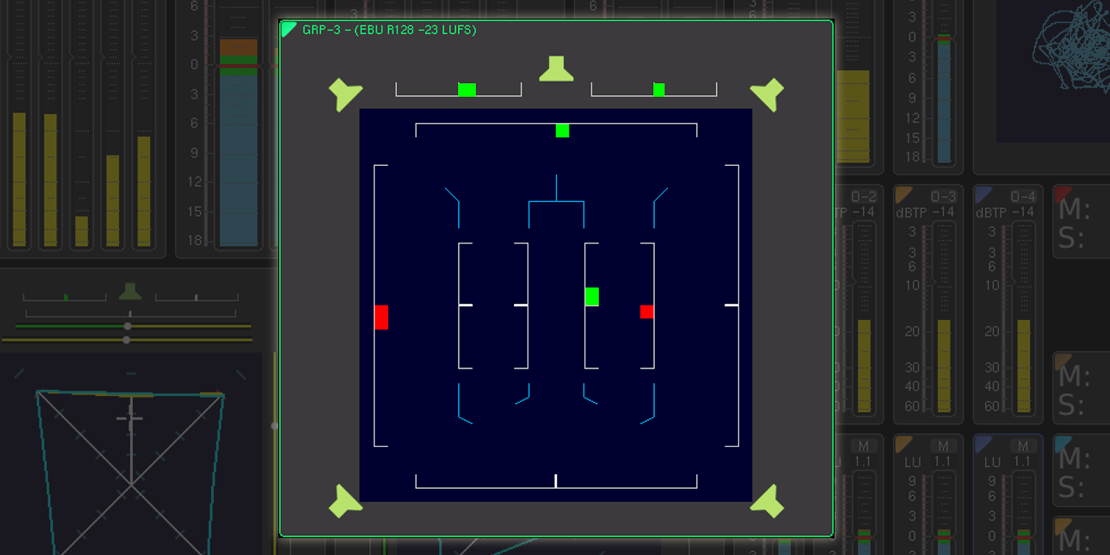 The Multicorrelator is a very useful tool when you work with surround sound and wanting to make sure that your surround mix also sounds great when down mixed to stereo or even mono.

Basically, you can view phase relations between all channels in a single, simple-to-grasp view.

Let's start by understanding the term phase correlation and how we typically show it in our meters.

Mostly, phase correlation is used to determine the mono compatibility of a stereo signal, but depending on where you use it, it can also reveal other things, such as bad microphone placement.

There are three main ways two sources can relate - and anywhere in between.

In a phase correlation meter, these three stages are normally described on a linear scale going from -1 (switched polarity) over 0 (unrelated) to 1 (identical). The numbers -1, 0 and 1 are not randomly chosen as they are the cosine of the angle of degrees of the phase difference between the two sources.

If left and right channels are identical, there are zero degrees of phase difference between them, and since the cosine of 0 degrees is 1, that's what the meter will tell you.

If left and right are different, unrelated signals, the phase correlation between them will be 90 degrees and the cosine of 90 degrees is 0.

And if left and right are the same, but right is inverted, the phase difference would be 180 degrees, and the meter will show -1, which is the cosine of 180 degrees.

Here I've cut out the phase correlation meters on the outer part of the Multicorrelator. 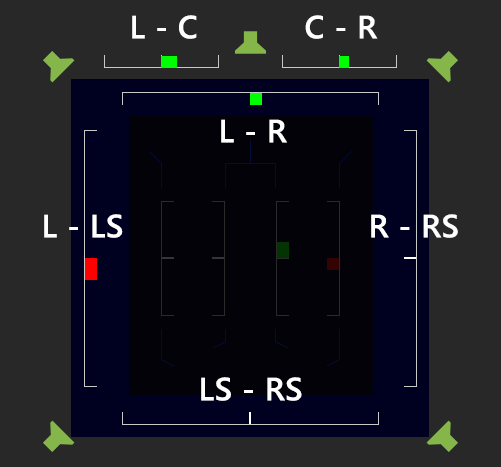 The inner square contains phase correlation meters for L, C and R compared to LS and RS, and I've cut out this part where you can see a potential problem between Right and Left-Surround (red). 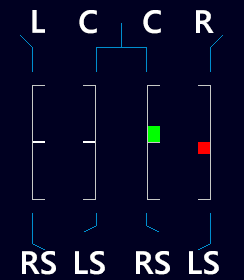 The Multicorrelator has an LFE mode that specifically shows the phase relationship between each of the surround channels and the LFE channel.

This is a great tool for making sure there are no major phase problems with regards to the LFE channel, making sure it behaves correctly when down mixed.

LFE Phase issues are typically problematic when played back on speaker systems with bass management, where low frequencies of the main speaker content is reproduced by the subwoofer.

What is required to run the Multicorrelator?

The Multicorrelator is also part of the RTW Mastering Tools plug-in for Mac and PC.